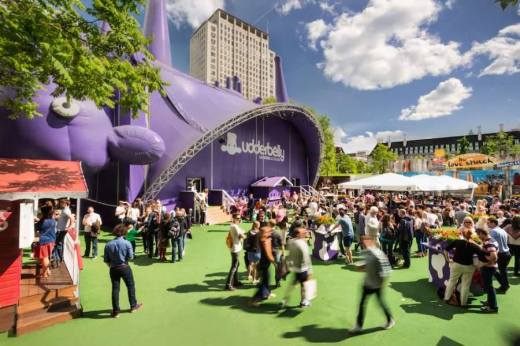 Tickets for the final via http://www.wegottickets.com/musicalcomedyawards/event/429110 (see special offer for our 10 year anniversary show) and also available via http://www.underbellyfestival.com/whats-on/wegottickets-musical-comedy-awards-grand-final

Now in its tenth year, the WeGotTickets Musical Comedy Awards has provided a launch pad to superstar acts like Frisky and Mannish, Abandoman, Mae Martin, Rachel Parris and Jay Foreman and created a thriving independent platform to celebrate the artform that is musical comedy.

Having fought their way through a series of heats at the Phoenix in Cavendish Square, tonight is the big night for our ten finalists. Top industry judges will be choosing their winner and there will also be prizes for the audience favourite and our 2018 Best Newcomer. The final will be hosted by the spectacular Miss Frisky (La Soiree; Frisky & Mannish) and there will be a headline set from our 2017 winner Will Hislop! Sell out show 2009-17. Don’t miss the UK’s annual celebration of music-based comedy!

We now have all 10 of our finalists confirmed! It’s going to be a corker!

Featuring a set from our Best Newcomer CHARLOTTE BROOKE!

“A simply stupendous voice” (London Evening Standard)
“A diva to the marrow” (Telegraph, UK)
“Dynamite” (The West Australian)
“A hurricane of a performer” (This Is Cabaret, UK)
“Frisky is glorious” (Theatre Review, NZ)

Press on WILL HISLOP:

“Fresh, original and superbly written and performed” – The Guardian
“Nothing short of genius” – The Telegraph
Writer’s Guild Award Nominee 2018